The responsibility of the Town of Ridgeville Mayor is to serve all citizens and business owners fairly and openly. A committment to applying these principles in the most professional and timely manner possible is key in guiding our community through continued growth and success.

Mayor Clarence Hughes was born in the town of Ridgeville, South Carolina and has lived his entire life in the quiet peaceful town. He attended Clay Hill Elementary in Ridgeville, S.C. and graduated from Jenkins Hill High, Harleyville, S.C. in the year of 1970.

Mayor Hughes married his wife, Edna Winningham in August of 1973 and they made Ridgeville, S.C. their home where they still reside. Mr. and Mrs. Hughes have one son and one granddaughter.

After graduating high school he worked at R.M. Industrial for Twenty three years before accepting a position at Robert Bosch where he continued to work for Twenty two years before retiring in December 2017.

Mayor Hughes wa elected Mayor of Ridgeville on November 7th 2017 and was sworn into office on January 9th, 2018. Before being sworn into office as Mayor, Clarence Hughes actively served as a Town Councilman for Thirteen years.

Mayor Hughes is dedicated to promoting a vibrant local economy, strong neighborhoods, a better quality of life and a peaceful and united town. His philosophy is that Ridgeville draws its strength from the diversity of its people and the beauty of all the natural resources that this area has to offer. With these goals in mind, he expects to see much growth and a better quality of life to be enjoyed by all of Ridgeville's citizens and the surrounding areas. 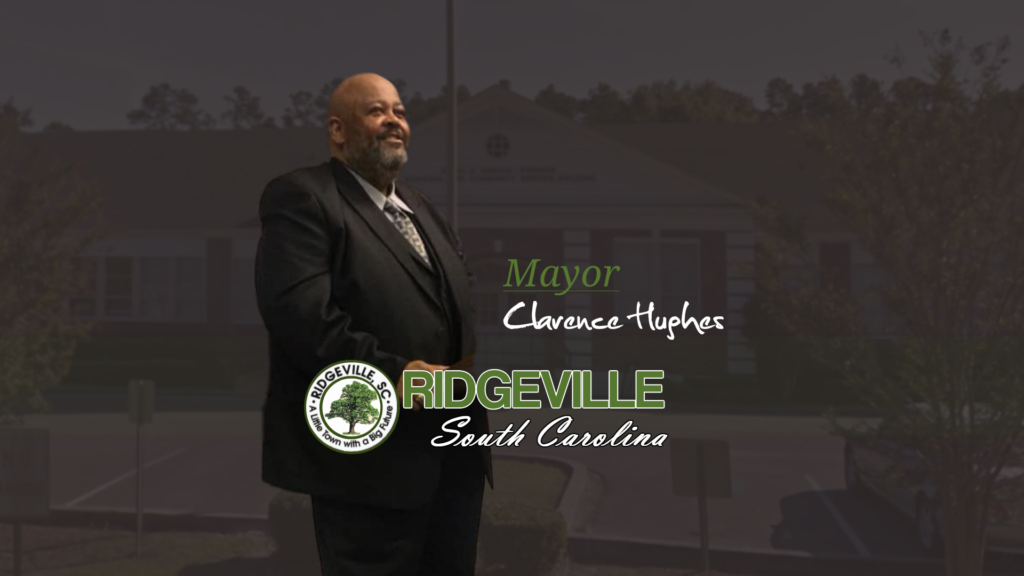 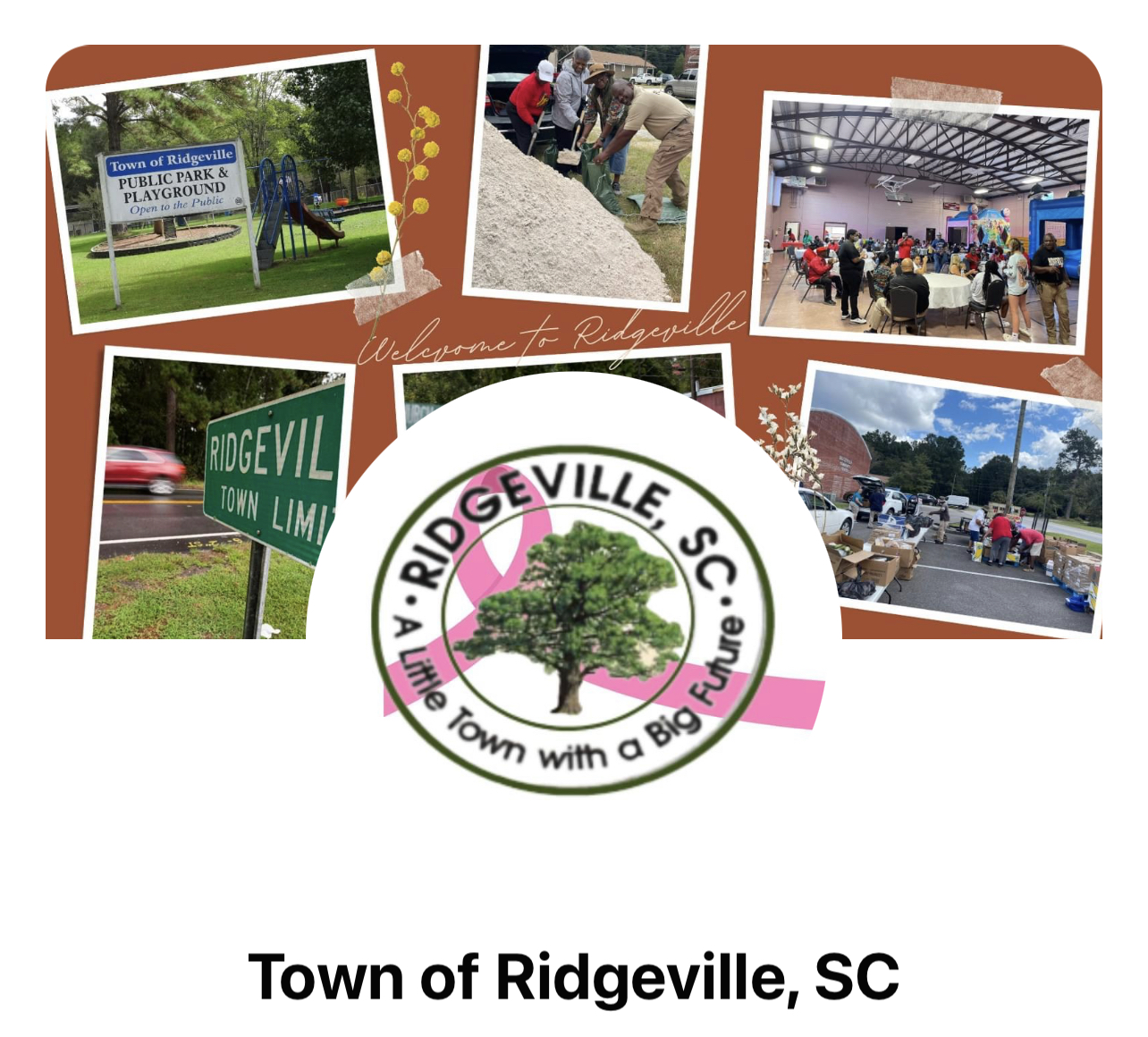 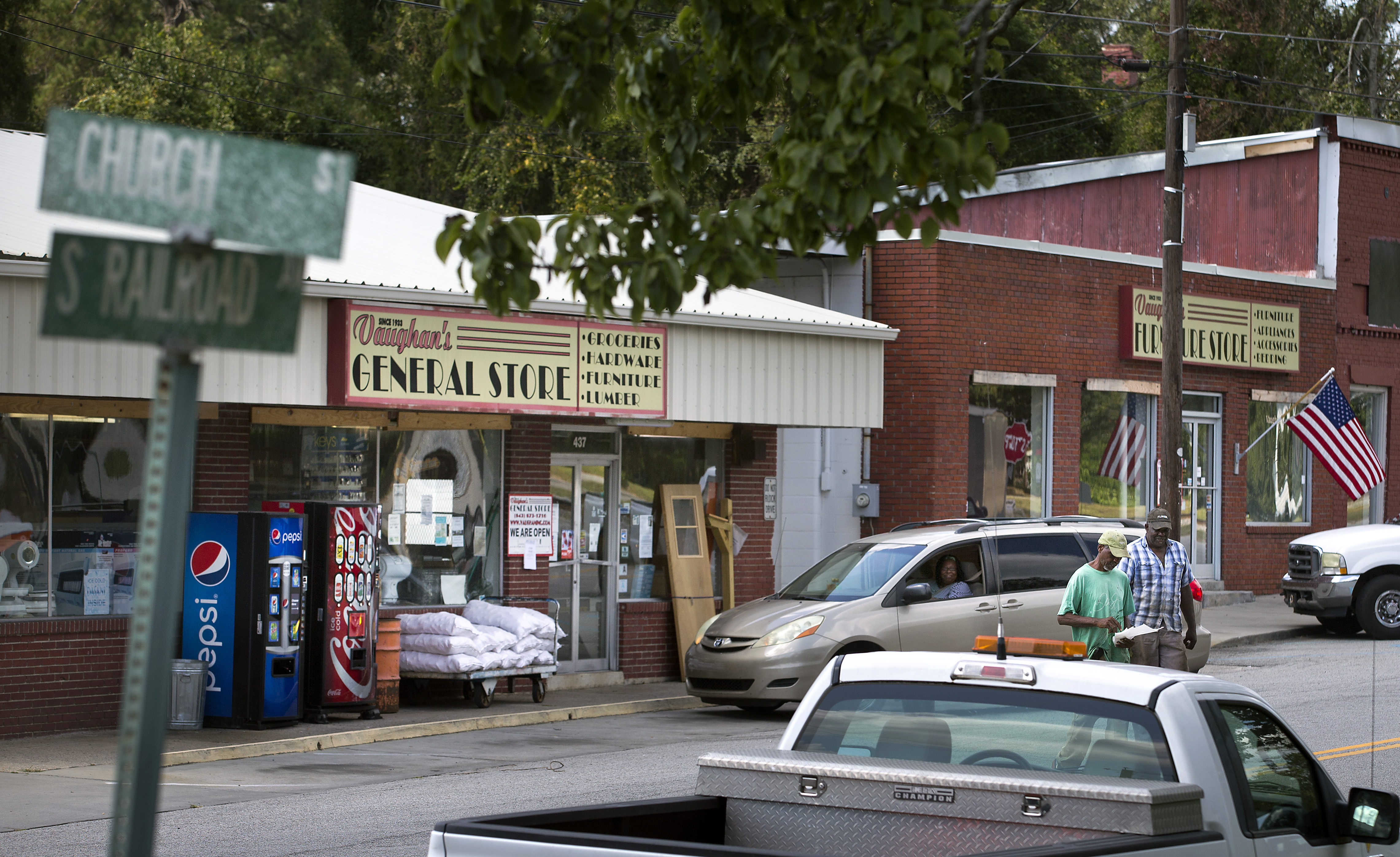 Whether it is a local farmer's market or main street shops, shopping local sustains our community and supports local merchants.  A win-win for all!

Subscribe to receive news and alerts via email and SMS.

No active alerts at this time.